This year I planted my largest garden ever, for obvious reasons. My neighbors brought their tractors over to plow up my hard, rocky ground, and I added a mix of compost, lime, blood meal, bone meal, and 10-10-10 fertilizer to the field. Sorry, it’s not 100% organic this year, because I’m not playing games with food production. The field was also helped by three years of chickens pooping on it.

So how’s it doing? Pretty good. The seed corn has grown nice and tall. 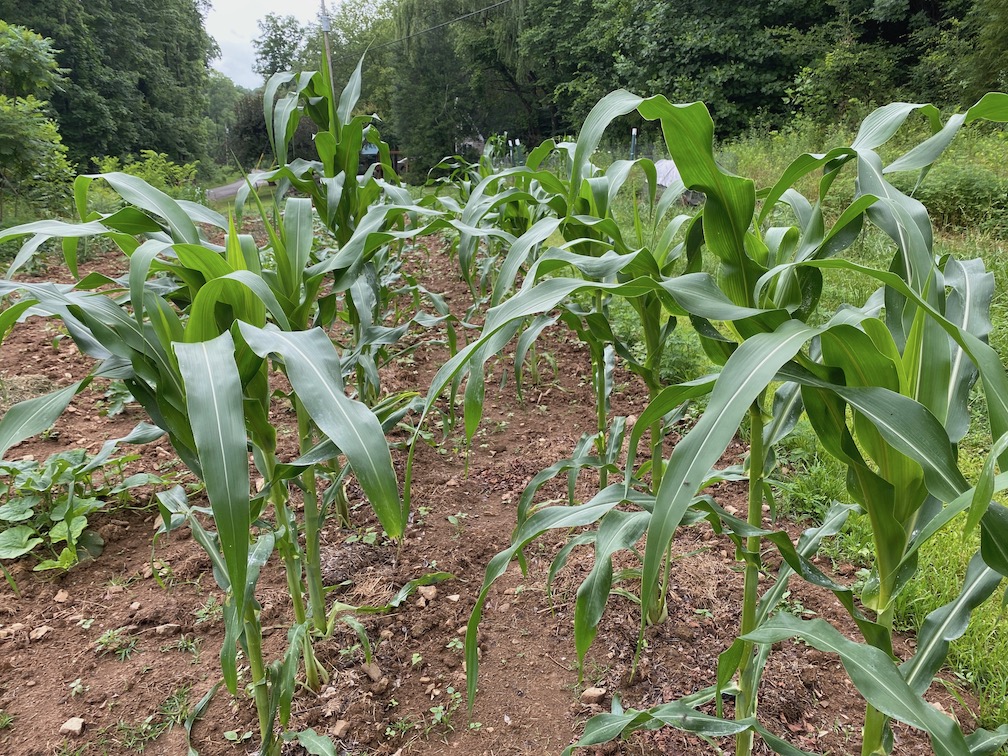 The squash is growing like crazy, and I already have some growing. I’m growing heirloom winter varieties for maximum nutrition and shelf life. 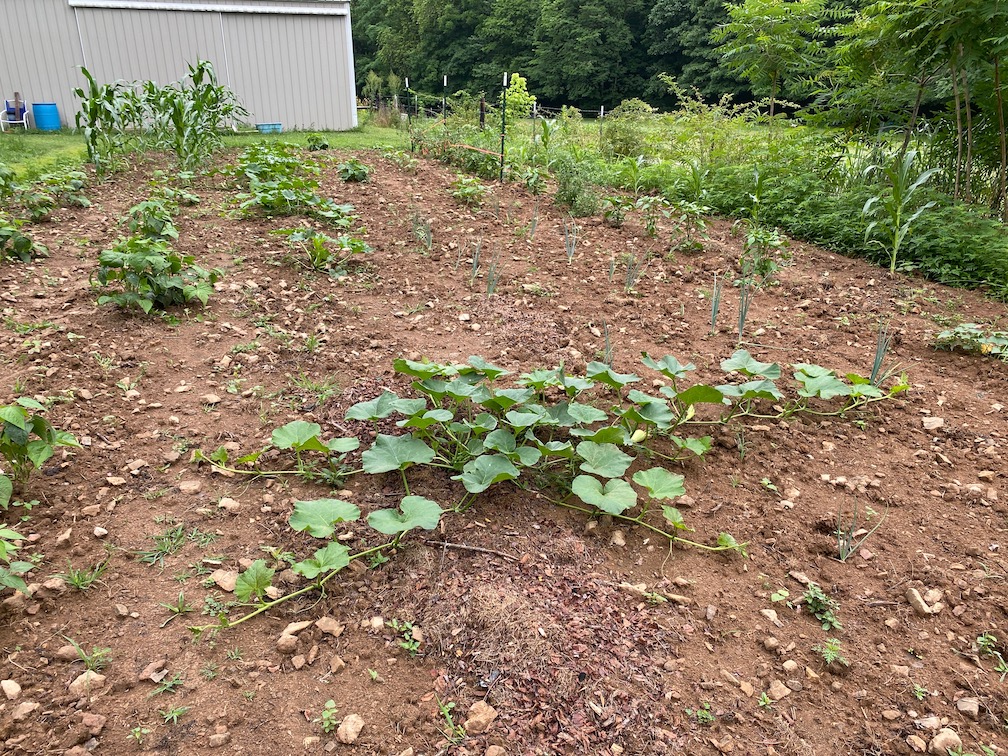 The tomatoes are growing so fast that I had to spend some time propping them up this morning, using t-posts and blaze tape, as well as some makeshift stakes. 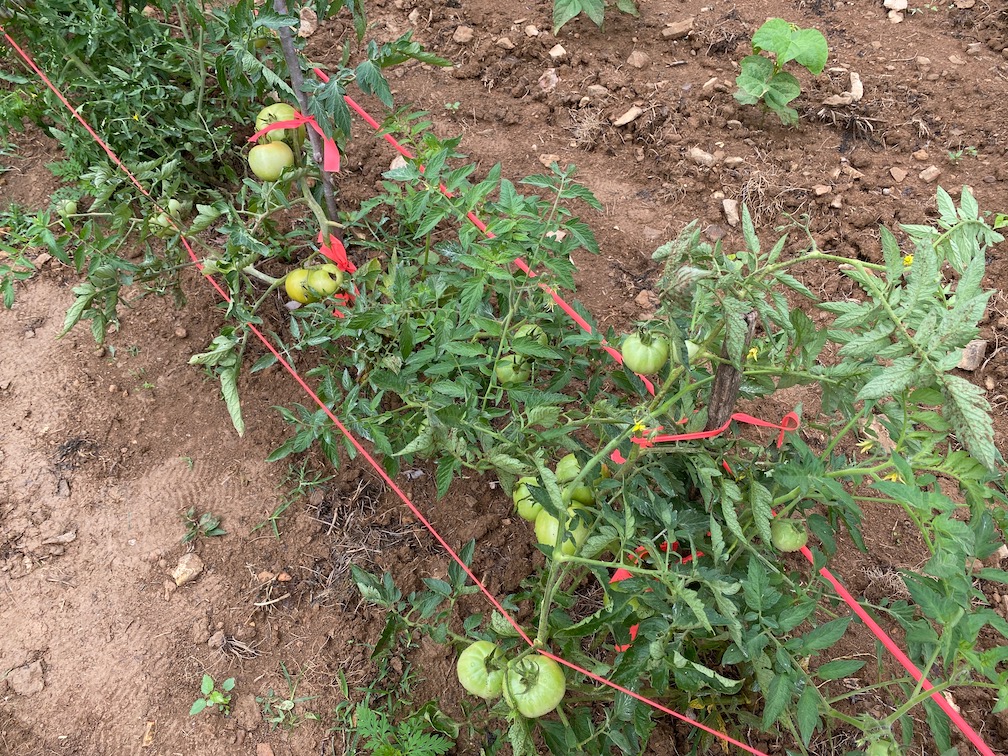 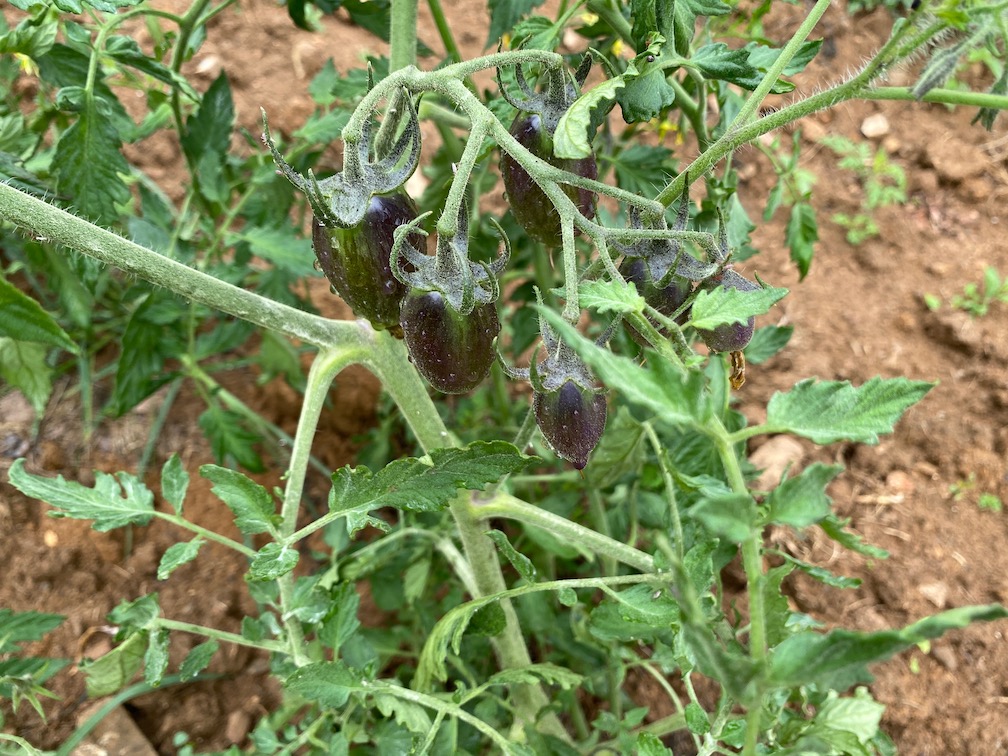 I got a pretty good early bean harvest, and picked a few green tomatoes. I’m growing a lot of beans this year, because they’re great producers and nitrogen fixers. The Mexican bean beetle has destroyed my bean plants in previous years, but judicious application of diatomaceous earth when the skies are clear have largely kept them at bay. 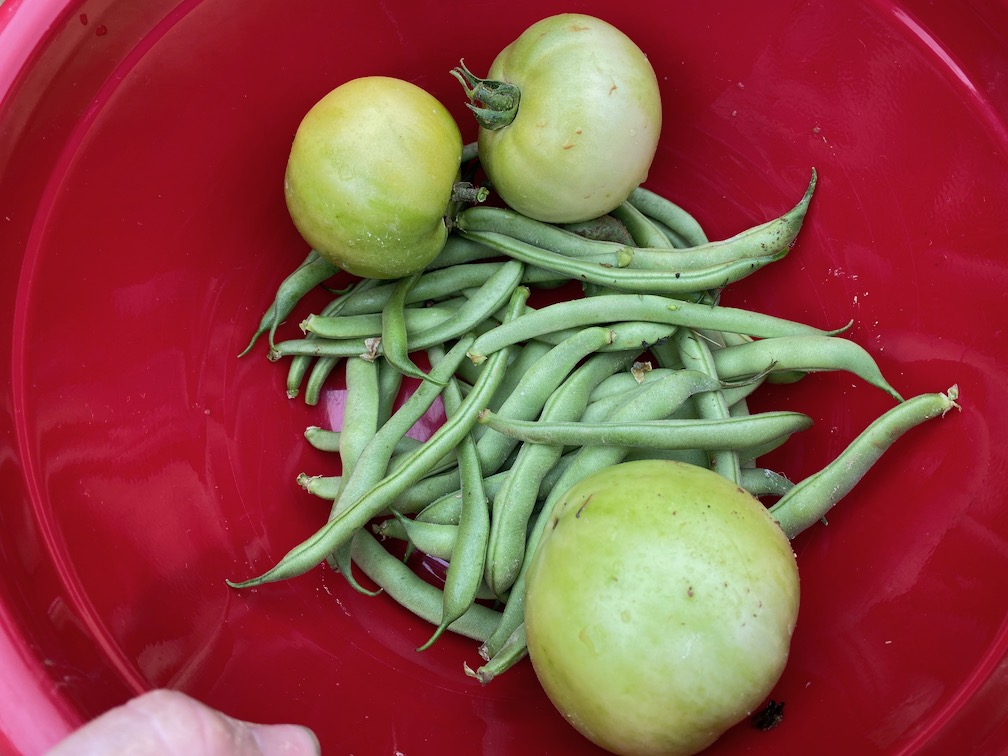 I’m also growing a good deal of potatoes, and I’m experimenting with sweet potatoes. Root crops make me nervous, because I can’t see how they’re doing, and I have a bad habit of damaging them when I harvest. Or I forget about them entirely and let them rot in the ground. Oops.

Finally, I’m growing a big patch of onions. I’ve never grown them, and I don’t really know what I’m doing. It seems like most gardeners space theirs really close together, so I’m afraid I might have not been aggressive enough. But I always err on the side of too much spacing than not enough, to make my crops more drought-tolerant. This year, I don’t think that’s a concern though.