The garden continues to do well. We’ve been blessed with plenty of rain and cooler-than-usual temperatures.

We have a number of green tomatoes and the beans are starting to come in, so I’ve enjoyed some early harvests there. The more beans you pick, the more will grow. I learned that the hard way. The pepper plants I started from seeds saved from our last bag of store-bought peppers are bearing fruit, which is beyond exciting. This is the first year I’ve succesfully harvested tomatoes and peppers from plants I started from seed. I killed a lot of plants to get to this point. 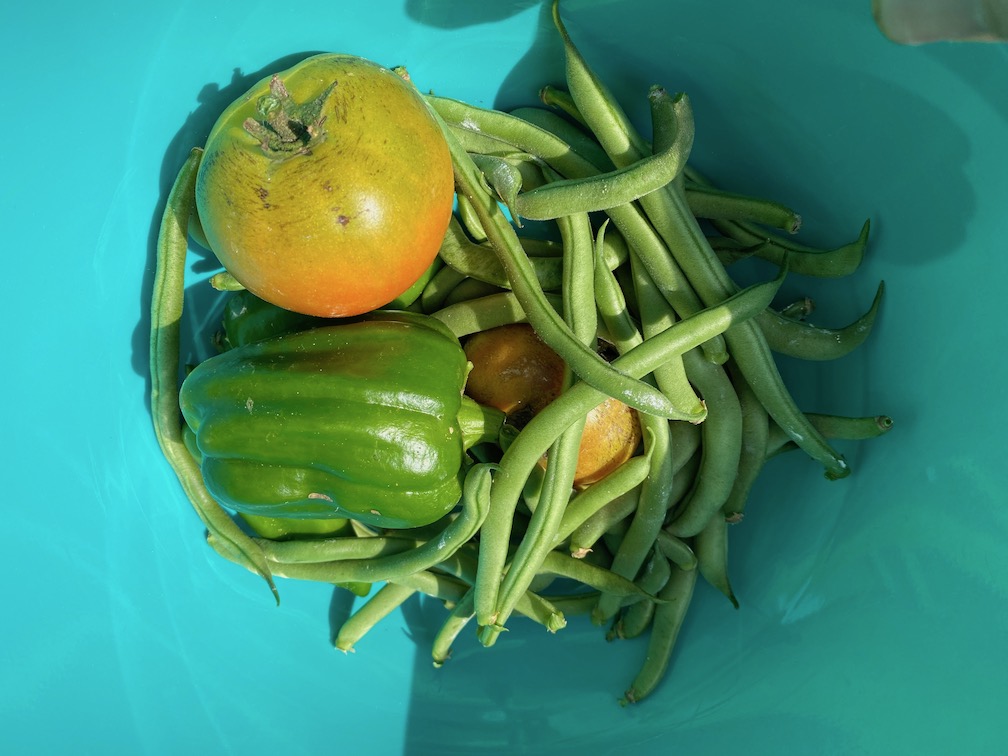 The time finally came to harvest the Yukon Gold potatoes I planted months ago. I’m not sure if their natural time had come, or they were a victim of my incompetence, but the tops of the plants were dead and it was time to dig them out before they rotted in the ground. Between two plastic containers and a small row in the field, I got maybe enough potatoes for a small sack. 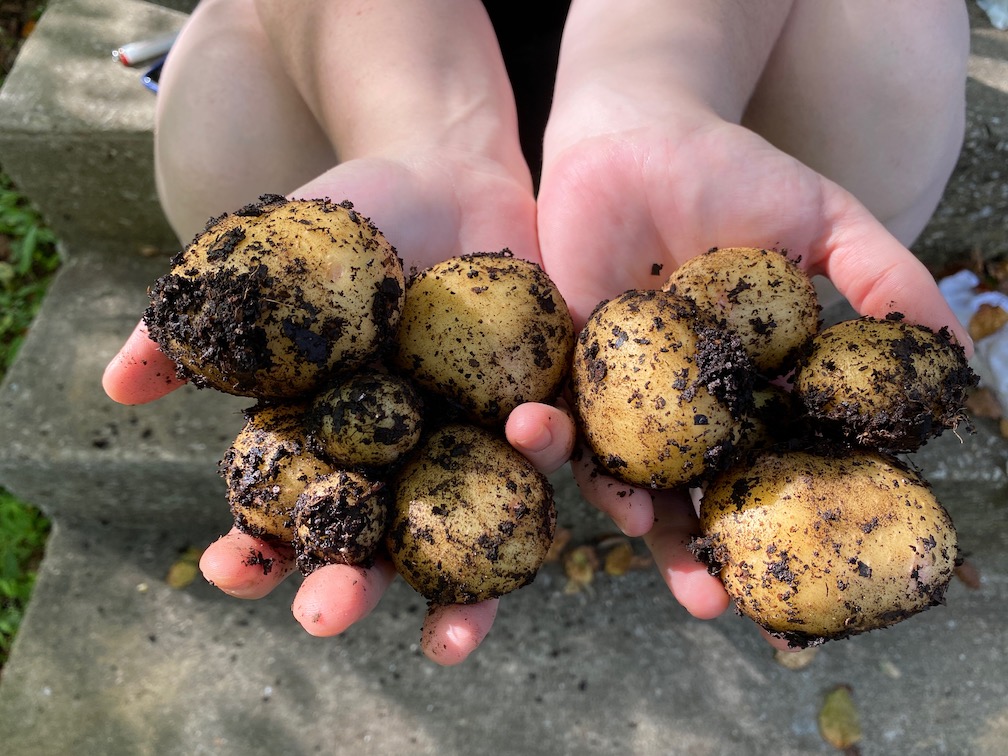 At least they were tasty and will last for a few meals. Unfortunately, it just isn’t enough to store for the winter.

I have more potatoes planted, but my real hope is in the sqush and seed corn. I’m especially pleased with the squash, which is trying to take over the garden. The heavy growth slides between my established plants and shades out weeds. 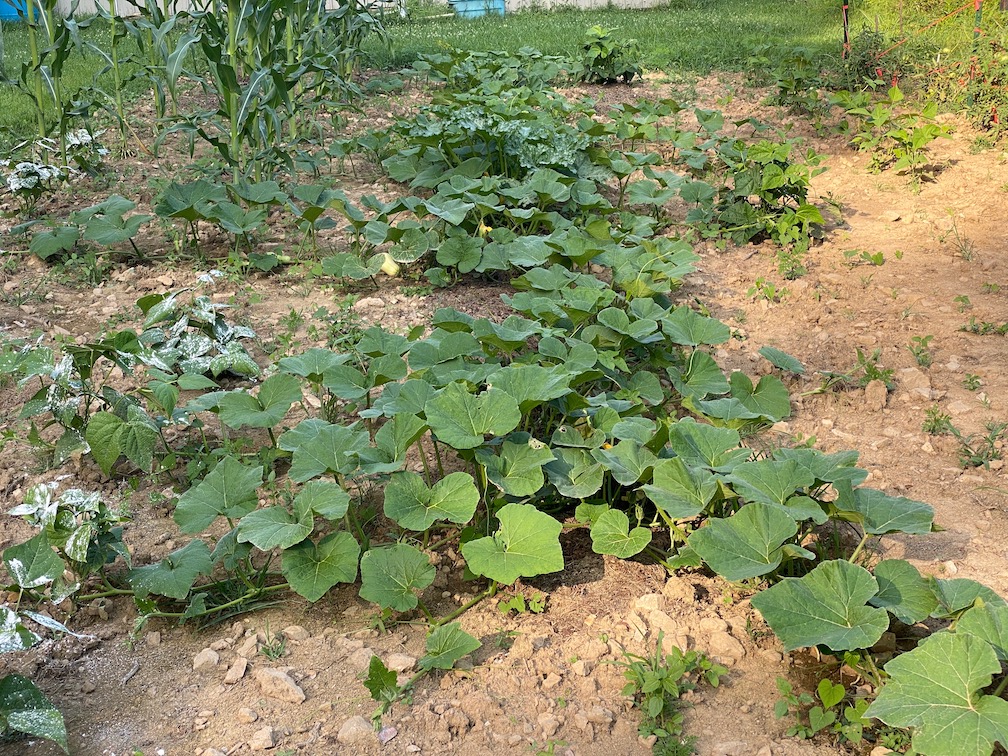 This is the first year I’ve grown seed corn, and I’m impressed by how vigorous the stalks are. The sweet corn I have planted on the other side looks puny by comparison. 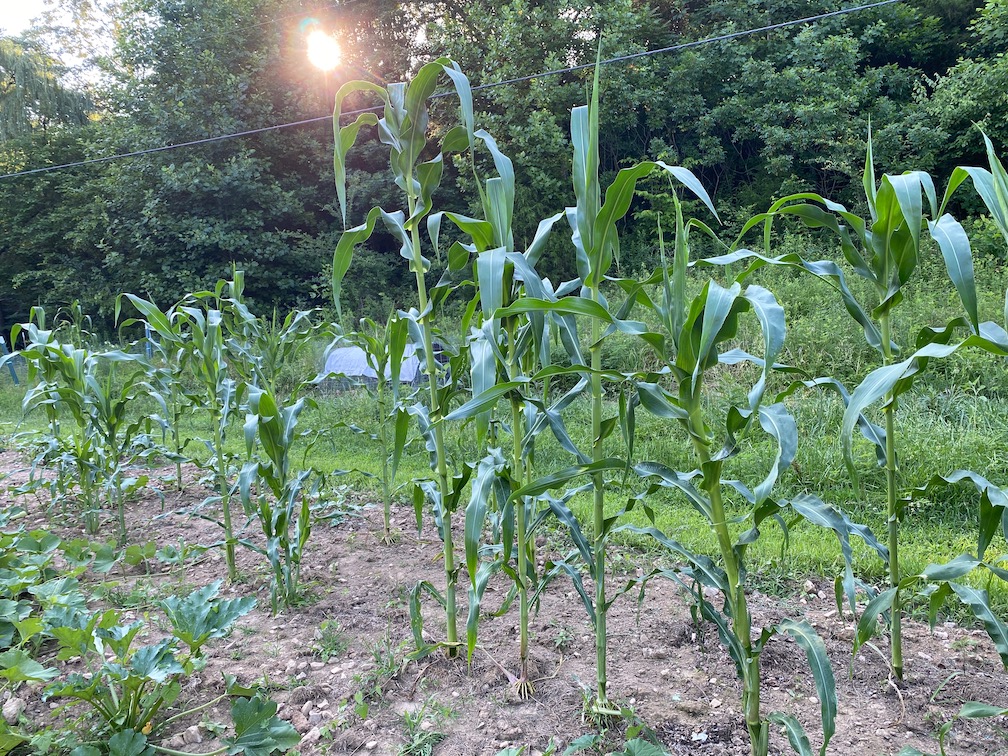 I ordered a major garden tool last week: a Hoss wheel hoe, which I hope will make weeding and cultivating easier. They had been out of stock for months. I got the package with the weeder and plow attachments. Maybe I’d be happier with a gas tiller, but I think it’s important to own garden tools that don’t require outside inputs, even if they’re not what you end up using every day. I also keep a reel mower and a scythe around.

My other big purchase last week was body armor: a plate carrier and a set of front and back plates, in case you wanted my opinion about how things are going in this country.